• Noroviruses are a group of viruses that cause the "stomach flu," or gastroenteritis (GAS-tro-enter-I-tis), in people. The term norovirus was recently approved as the official name for this group of viruses. Several other names have been used for noroviruses, including: Caliciviruses (because they belong to the virus family Caliciviridae) Norwalk-like viruses (NLVs) Small round structured viruses Viruses are very different from bacteria and parasites, some of which can cause illnesses similar to norovirus infection. Viruses are much smaller, are not affected by treatment with antibiotics, and cannot grow outside of a person's body.

2. What are the symptoms of illness caused by noroviruses?

• The symptoms of norovirus illness usually include nausea, vomiting, diarrhea, and some stomach cramping. Sometimes people additionally have a low-grade fever, chills, headache, muscle aches, and a general sense of tiredness. The illness often begins suddenly, and the infected person may feel very sick. The illness is usually brief, with symptoms lasting only about 1 or 2 days. In general, children experience more vomiting than adults. Most people with norovirus illness have both of these symptoms.

3. What is the name of the illness caused by noroviruses?

4 .How serious is norovirus disease?

• Norovirus disease is usually not serious, although people may feel very sick and vomit many times a day. Most people get better within 1 or 2 days, and they have no long-term health effects related to their illness. However, sometimes people are unable to drink enough liquids to replace the liquids they lost because of vomiting and diarrhea. These persons can become dehydrated and may need special medical attention. This problem with dehydration is usually only seen among the very young, the elderly, and persons with weakened immune systems. There is no evidence to suggest that an infected person can become a long-term carrier of norovirus.

5. How do people become infected with noroviruses?

• Noroviruses are found in the stool or vomit of infected people. People can become infected with the virus in several ways, including: Eating food or drinking liquids that are contaminated with norovirus Touching surfaces or objects contaminated with norovirus, and then placing their hand in their mouth Having direct contact with another person who is infected and showing symptoms (for example, when caring for someone with illness, or sharing foods or eating utensils with someone who is ill) Persons working in day-care centers or nursing homes should pay special attention to children or residents who have norovirus illness. This virus is very contagious and can spread rapidly throughout such environments.

6. When do symptoms appear?

• Symptoms of norovirus illness usually begin about 24 to 48 hours after ingestion of the virus, but they can appear as early as 12 hours after exposure.

• Noroviruses are very contagious and can spread easily from person to person. Both stool and vomit are infectious. Particular care should be taken with young children in diapers who may have diarrhea.

8. How long are people contagious?

• People infected with norovirus are contagious from the moment they begin feeling ill to at least 3 days after recovery. Some people may be contagious for as long as 2 weeks after recovery. Therefore, it is particularly important for people to use good handwashing and other hygienic practices after they have recently recovered from norovirus illness.

9. Who gets norovirus infection?

• Anyone can become infected with these viruses. There are many different strains of norovirus, which makes it difficult for a person's body to develop long-lasting immunity. Therefore, norovirus illness can recur throughout a person's lifetime. In addition, because of differences in genetic factors, some people are more likely to become infected and develop a more severe illness than others.

10. What treatment is available for people with norovirus infection?

• Currently, there is no antiviral medication that works against norovirus and there is no vaccine to prevent infection. Norovirus infection cannot be treated with antibiotics. This is because antibiotics work to fight bacteria and not viruses. Norovirus illness is usually brief in healthy individuals. When people are ill with vomiting and diarrhea, they should drink plenty of fluids to prevent dehydration. Dehydration among young children, the elderly, the sick, can be common, and it is the most serious health effect that can result from norovirus infection. By drinking oral rehydration fluids (ORF), juice, or water, people can reduce their chance of becoming dehydrated. Sports drinks do not replace the nutrients and minerals lost during this illness.

11. Can norovirus infections be prevented?

• Yes. You can decrease your chance of coming in contact with noroviruses by following these preventive steps: Frequently wash your hands, especially after toilet visits and changing diapers and before eating or preparing food Carefully wash fruits and vegetables, and steam oysters before eating them Thoroughly clean and disinfect contaminated surfaces immediately after an episode of illness by using a bleach-based household cleaner Immediately remove and wash clothing or linens that may be contaminated with virus after an episode of illness (use hot water and soap) Flush or discard any vomitus and/or stool in the toilet and make sure that the surrounding area is kept clean Persons who are infected with norovirus should not prepare food while they have symptoms and for 3 days after they recover from their illness. Food that may have been contaminated by an ill person should be disposed of properly.

"Helping the citizens of Ottawa County to live healthier, happier, and longer lives" 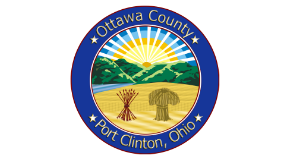